From castle to museum 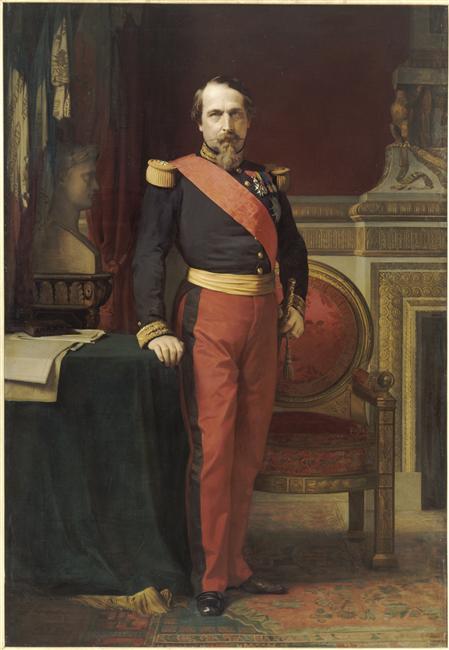 The XVIIIth and XIXth centuries are those of the decline for the old royal residence of Saint-Germain-en-Laye.

It was Napoleon III who gave back its letters of nobility to the last castle still standing by installing an archaeology museum there.

Misery and ruin of the royal palaces

After the death of Marie de Modène, wife of James II of England, in 1718, the royal residence gradually fell into oblivion. In 1777, Louis XVI gave the Château-Neuf to his brother the Count of Artois, the future Charles X, who had most of it razed to the ground to build a new palace in its place. The lack of money and then the Revolution prevented this project from succeeding and led to the disappearance of the splendid terraced gardens that went down to the Seine. In 1809, Napoleon I installed a cavalry school in the Château-Vieux. After the fall of the Empire, the old castle of the kings of France was used as barracks, then as a military prison from 1836. At the same time, one of the last vestiges of the Château-Neuf, the current Pavillon Henri IV, was rented to a hotelier. Finally, Le Nôtre's gardens were seriously damaged by the arrival of the railroad in Saint-Germain-en-Laye in the 1840s, under Louis-Philippe.

The Museum of Celtic and Gallo-Roman Antiquities 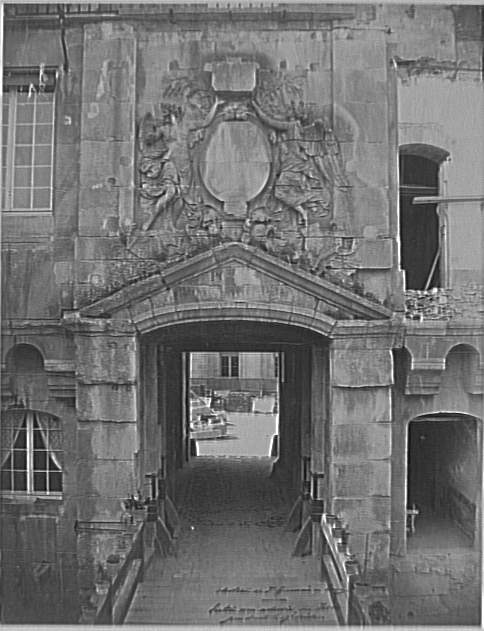 During the Second Empire, the Château-Vieux was in an advanced state of decay. It owes its salvation to Napoleon III. Passionate about archaeology, the emperor decided, in 1862, to install the "Museum of Celtic and Gallo-Roman Antiquities", which would present the products of the excavations carried out in Alesia on his initiative. Classified as a historical monument shortly afterwards, the castle had to be restored and restructured to accommodate the archaeological collections. It was decided to restore the royal building to its Renaissance state under François I, which meant, among other things, destroying the pavilions added in the 17th century by Hardouin-Mansart. The work, which was very important, was entrusted to Eugène Millet, a student of Viollet-le-Duc. The work continued until 1907, but in 1867 Napoleon III was able to inaugurate the first exhibition rooms. Today, some of the collections of the Museum of National Archaeology are among the richest in the world.

Discover the collections of the Museum of National Archaeology

The creation of the Museum of National Antiquities

On April 1, 1865, the first meeting (of eight) of the Commission for the organization of the museum met under the chairmanship of the Count of Nieuwerkerke, Superintendent of Fine Arts (in a way our Minister of Culture). This Commission brought together great names in archaeology such as Alexandre Bertrand, Édouard Lartet, Félix de Saulcy, and Jacques Boucher de Perthes; the final project was the work of Auguste Verchère de Reffye, Alexandre Bertrand and Claude Rossignol. The first director of the museum was Alexandre Bertrand. He adopted a chronological classification of objects, whereas until then the classification by subject had prevailed.

The first regulation of the museum, in 1866, specifies that "the museum of Saint-Germain has for goal to centralize all the documents relative to the history of the races which occupied the territory of Gaul since the most remote times until the reign of Charlemagne; to classify these documents according to a methodical order; to make the study of it easy and within the reach of the public; to publish it and to propagate the teaching of it.

The Musée des Antiquités nationales was thus the first (and still is today, the only) museum devoted entirely to the archaeology of the national territory. This also distinguishes it from the archaeological departments of the Louvre, which developed at the same time.

The first seven rooms were inaugurated by the Emperor on May 12, 1867, in the pouring rain. This date had been chosen in connection with the Universal Exhibition. Forty-four rooms were opened to the public in 1907.

History of the museum and history of archaeology

The history of the Musée des Antiquités Nationales is inseparable from the development of French and European archaeology. Among the very first collections to be entered are those of Jacques Boucher de Perthes in the vicinity of Abbeville (Somme) which revealed, at the end of the 20th century, the existence of a prehistoric humanity that predates the Gauls by a long way.

The development of French prehistory was to undergo an extraordinary expansion thereafter, thanks to the work of Gabriel de Mortillet, inventor of the current prehistoric chronology, who brought in many reference archaeological series to the Museum. We also owe to Edouard Piette most of the pieces of Paleolithic art kept in the Museum, in the layout that was intended at the beginning of the 20th century.

Gallic archaeology was literally born with the research of Félix de Saulcy, Alexandre Bertrand and Jacques-Gabriel Bulliot on the sites of the Gallic War, in particular at Alesia and Bibracte. Between the wars, it was Henri Hubert who conceived a complete overhaul of the museum's collections, adding a complete section of comparative archaeology, drawing in particular on discoveries from the Far East.

The great archaeologists of the twentieth century have contributed to the enrichment and study of the collections, in particular Abbé Breuil, Louis Capitan, Henri and Jacques de Morgan, Abbé Cochet, Joseph Déchelette, and many others.

"From the royal castle to the national archaeology museum, Saint-Germain-en-Laye" - Editions of the Réunion des Musées nationaux.