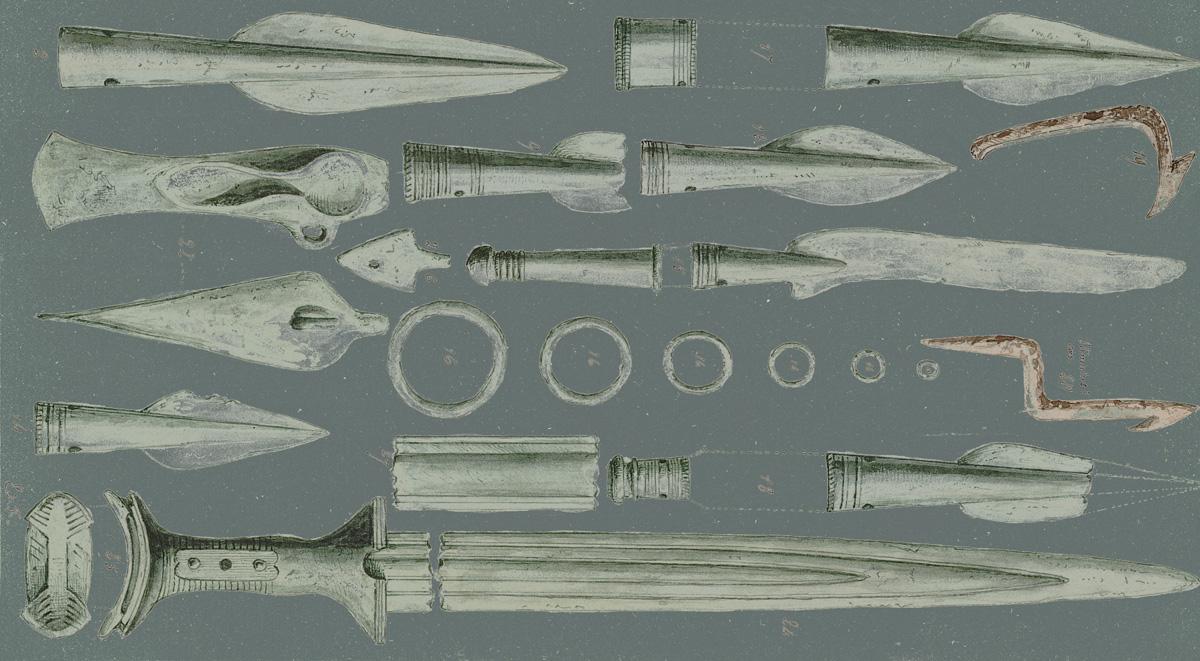 The appearance of iron was accompanied by population movements and profound economic and social upheavals. The possession of iron, which was still quite rare, was a sign of wealth and power. The tombs of chiefs symbolise this power, particularly in the centre-east and east of France. These inhabitants settled mainly where there was an abundance of ore. Citadels were built on the trade routes with the Etruscans and Greeks.

The Princes who controlled the long-distance trade lived lavishly. They were buried with their chariots and their most precious objects.

These aristocratic burials are associated with the construction of monumental burial mounds. The volume of these mounds can reach several tens of thousands of cubic metres of material.

The deceased are buried inside wooden burial chambers, in which a four-wheeled chariot is placed. A metal drinking vessel, which could hold several hundred litres of drink, was usually associated with the grave.

This was a war-oriented society that grew in power from the 5th to the 3rd century BC.

High-ranking warriors are buried, armed, accompanied by their two-wheeled war chariot. Their women wear metal torques, often with very elaborate decoration. The craftsman was no longer simply a worker, but an initiate who knew the secrets of the material. The Gauls excelled in the arts of fire - such as pottery, glassmaking and metallurgy - and above all in bronze and iron work, which they were able to chisel and assemble with the precision of a watchmaker.