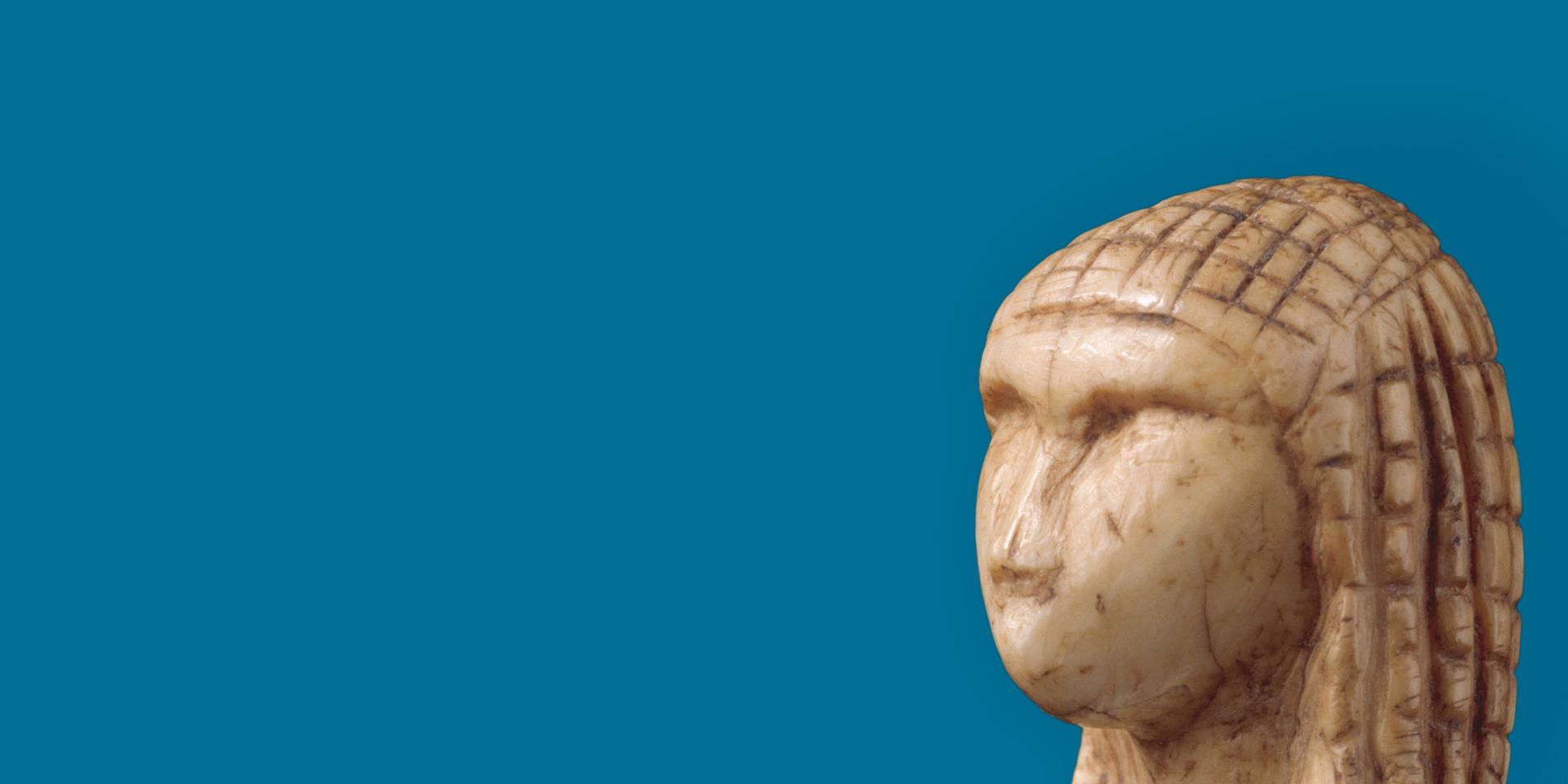 The early Middle Ages
Back to period
previous object
|
next object 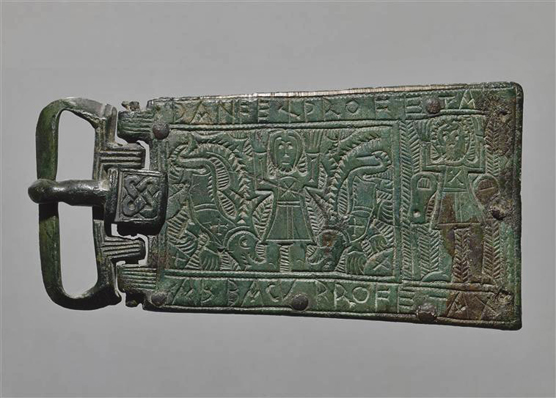 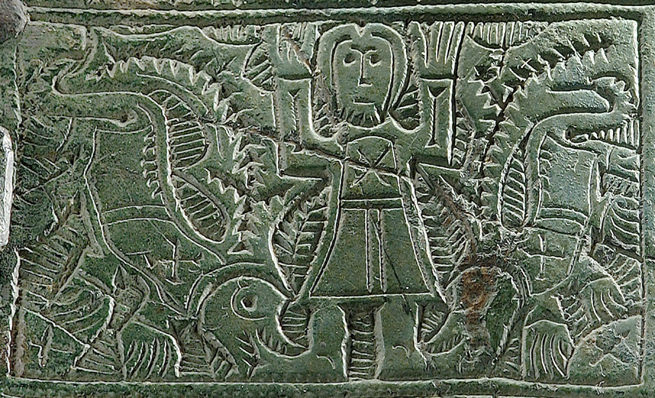 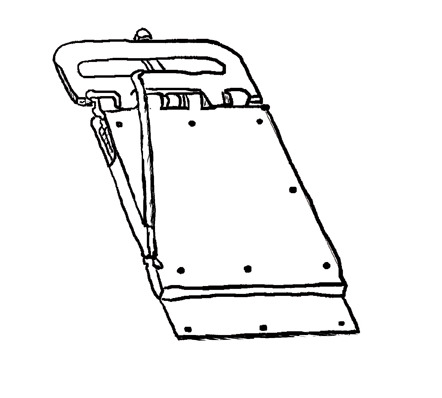 The plaque, framed with two inscriptions “Daniel, the prophet” and “Habakkuk, the prophet” is divided into two panels depicting the prophets Daniel and Habakkuk. This type of large, rectangular plaque fastened the broad leather belts worn by women and sometimes by priests in ancient Burgundy (Burgundy, Franche-Comté, the Rhône-Alpes region and eastern Switzerland). These bronze moulded plaques often had Christian motifs. The prophet Daniel in the lions’ den is often represented in this way, as it symbolises the help God will provide for the faithful.

On the reverse side, the plaque had two compartments marked out with partitions. It would once have been covered with an iron plate with a fastening device. The plaque, therefore, served as a portable reliquary. Fragments of wax from candles, and capsules of cotton, probably brought back from distant pilgrimages, have been found inside similar belt plaques. In the Merovingian era, clerics as well as lay persons, carried “contact relics” for their protection: fabric that had been placed on the tomb of a saint, oil or wax from sanctuaries, plants brought back from pilgrimages.

In Babylon (the Mesopotamian town where the Jewish people spent their 70 years in captivity), during the reign of Cyrus, the prophet Daniel, a character from the Old Testament, had been thrown into the lions’ den, but, protected by God, he remained unharmed for six days in the midst of the starving lions.

The Merovingian artisan has depicted Daniel with his arms raised as if praying, while his feet are licked by two lions with strange antler-like branches on their heads. These probably derived from the shrubs that rise up behind each of the lions in Paleochristian representations of the same scene.
An image like this shows us that the inhabitants of Gaul often had no visual concept of the lions mentioned in the Bible.

Explanatory note:
In Judea, a region of Palestine in the heart of Jewish lands, one of the Lord’s angels scooped up Habakkuk who was taking food to the harvesters, and put him down in Babylon above the lions’ den in order to feed Daniel. The artisan has depicted Habakkuk, like Daniel, with his arms raised in an attitude of prayer. From his arms hang two baskets of foodstuffs.