The story of the Castle

History of the Castle
From a feudal castle to a royal palace. 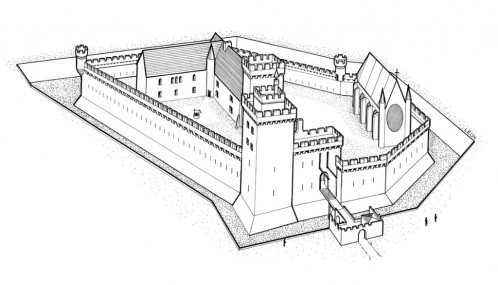 It was around 1122 that Louis VI, “Louis the Fat”, had a fortified castle, known as the “Grand Châtelet”, built on the Laye plateau, then covered in forest. Louis IX, Saint Louis, enlarged this feudal castle, one of his favourite residences, with a series of buildings: the “Petit Châtelet”. Between1230 and 1238, he had the chapel erected, separate from the other buildings, and the entire complex was surrounded by a defensive wall.
In 1337, France went to war with England, which laid claim to the throne of Philippe VI of Valois. The troops of the Black Prince, son of the English king, burned down the village that had gradually grown up and then the castle itself in 1346. The chapel was spared. It was not until the reign of Charles V, “Charles the Wise”, that French kings returned to Saint Germain.

Charles V, the richest monarch in Europe, demolished the burned buildings, and between 1364 and 1367, rebuilt a château on the site of Saint Louis’ defensive walls. The chapel was then linked to the main building. We know very little about these constructions, except that the keep housed the king’s “study”. 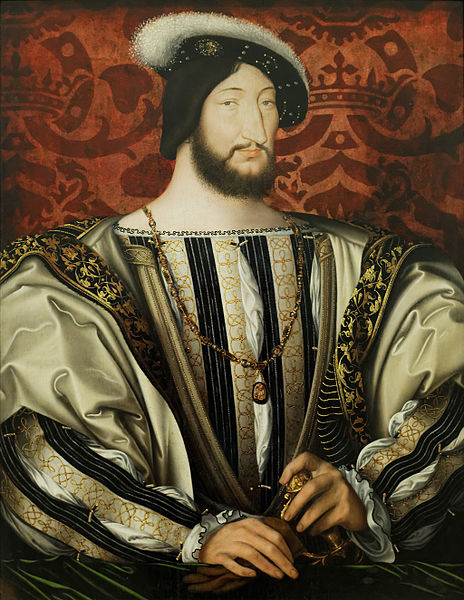 François 1st lived in the château without initially undertaking any work on it. In 1539, he had the old building demolished, and constructed another on the foundations laid by Charles V. After his death in 1547, his son Henri II continued the works following the same plans, and with Pierre Chambiges directing the building work.

By 1559, the château covered a surface area of 8,000 m2. It comprised 55 apartments, a ballroom, 7 chapels and a kitchen. The vaulted basement of the keep was used as a prison. The present day courtyard, surrounded by 5 main buildings (the service quarters) was once the lower courtyard for members of the King’s entourage. A real tennis court was laid out at the end of the dry moat. At the far end of the current terrace, Henri II had the ‘Château Neuf" (New Château) built, later to be completed by Henri IV. The reigns of Henri IV and Louis XIII would see the construction of what would henceforth be called the ‘Château Vieux’ (Old Château) and given over to the royal children and their domestic retinue.

In 1660, Louis XIV abandoned the Château Neuf, which “was letting in water everywhere”. He moved to the Château Vieux, refurbishing parts of the interior. The Court, accommodated in 63 apartments, lived here in rather cramped conditions. A project to extend the château was then entrusted to Jules Hardouin Mansart who, in 1680, made the building look rather ugly by adding five corner pavilions (now disappeared), which were never finished. Le Nôtre designed the terrace overlooking the Seine. The days were filled with hunting, theatre performances, boat trips on the Seine, concerts and balls. The favourite ladies of the court lived together in relative harmony. The famous Poison Affair mainly took place at Saint Germain. On 20 April 1682, the king finally left Saint Germain to live at Versailles, to the great disappointment of the inhabitants.

Father and son in a family residence

The future king Louis XIII (1601-1643) lives in the Château-Vieux of Saint-Germain-En-Laye until turning seven. He is regularly taken to the nearby Château-Neuf when the king is present as Henri IV often asks to see his son. He looks after him with all the affection of a loving father. The little Dauphin enjoys playing among the construction works of the Château-Neuf or visiting Francini, the Italian engineer who is working on the marvelous hydraulic mechanism that will animate the caves of the residence’s gardens. Once king, Louis XIII remains fond of Saint-Germain-en-Laye and often visits. Troubled by the military situation of France in the Thirty Years’ war and by the absence of offspring in his marriage with Anne of Austria, the king places his kingdom under the protection of the Virgin Mary. The text “Vow of Louis XIII” is published in Saint-Germain-En-Laye in February 1638. On the 5th of September 1638, future king Louis XIV is born in the Château-Neuf of Saint-Germain-En-Laye and is baptised in today’s Henri IV Pavilion.

The Sun King or the apogee of Saint-Germain

Louis XIII expires on the 14th of May 1643. The Dauphin is immediately brought to the chapel of the Château-Vieux, where he was baptised recently, to proclaim him Louis XIV. He then moves to Paris. During his youth, he comes back to Saint-Germain to hunt there… or to flee enemies of the Crown during the Fronde. His escape to Saint-Germain on January 5th 1649 is a famous episode. The capital growing more and more unsafe, the royal family leaves the city in the middle of the night and in the utmost secrecy. They find refuge in the castle of Saint-Germain-En-Laye. The event will remain vivid in the young king’s memory.

When Louis XIV comes back to the Château-Vieux of Saint-Germain in 1666, he makes it his main place of residence and of government until 1682, the year of his definitive departure for Versailles. It is in Saint-Germain that the absolute monarch spends the major part of his first reigning years. His brightest ones, made of territorial and sentimental conquests. Here cohabitate for a few years (with difficulty !) the King’s favorites Louise de la Vallière and Athénaïs de Montespan. Life at court is punctuated by spectacles given in the ballroom of the Château-Vieux, renamed Room of Comedies, where Lully and Molière perform. Like everywhere he resides, Louis XIV sees it big. He entrusts André le Nôtre with rearranging the gardens and with building the Great Terrace. Finally, in 1681, he asks Jules Hardouin-Mansart to extend the Château-Vieux, where the court of the most powerful monarch of Europe leads a cramped living. The architect adds five corner pavilions to the castle. The works will however never be completely finished, the court having moved to Versailles.

James II: A king of England lives in France

In 1688, James II Stuart, King of England, of Ireland and Scotland since 1685, is ousted from his throne by the Glorious Revolution that gives power to his son-in-law, William of Orange. A devout catholic, James II has led a policy rejected by a majoritarily protestant country. Compelled to flee, he finds refuge in Saint-Germain-En-Laye with his family and his Jacobite supporters, who will form a sizeable community in the royal city. His cousin Louis XIV grants him the Château-Vieux as well as a generous financial aid. From then on, this court in exile lives to the rhythm of plots and military operations aiming to take back the throne of England for James II. These projects are actively supported by the King of France during the Nine Years’ War (1688-1697) in which he opposes England under William III of Orange. The court of James II enjoys an ongoing relationship with that of the Sun King, who regularly comes to Saint-Germain to visit his cousin. Every attempt of the English monarch to take back his throne having failed, he dies in exile in 1701. His son, James III, stays in Saint-Germain until 1713, when Louis XIV is compelled by the treaty of Utrecht to expel him from France. The Queen of England in exile, Mary of Modena, remains in Saint-Germain with her courtiers. Her death in 1718 marks the end of court life in the old royal residence.