The Bronze Age
Back to period
previous object
|
next object 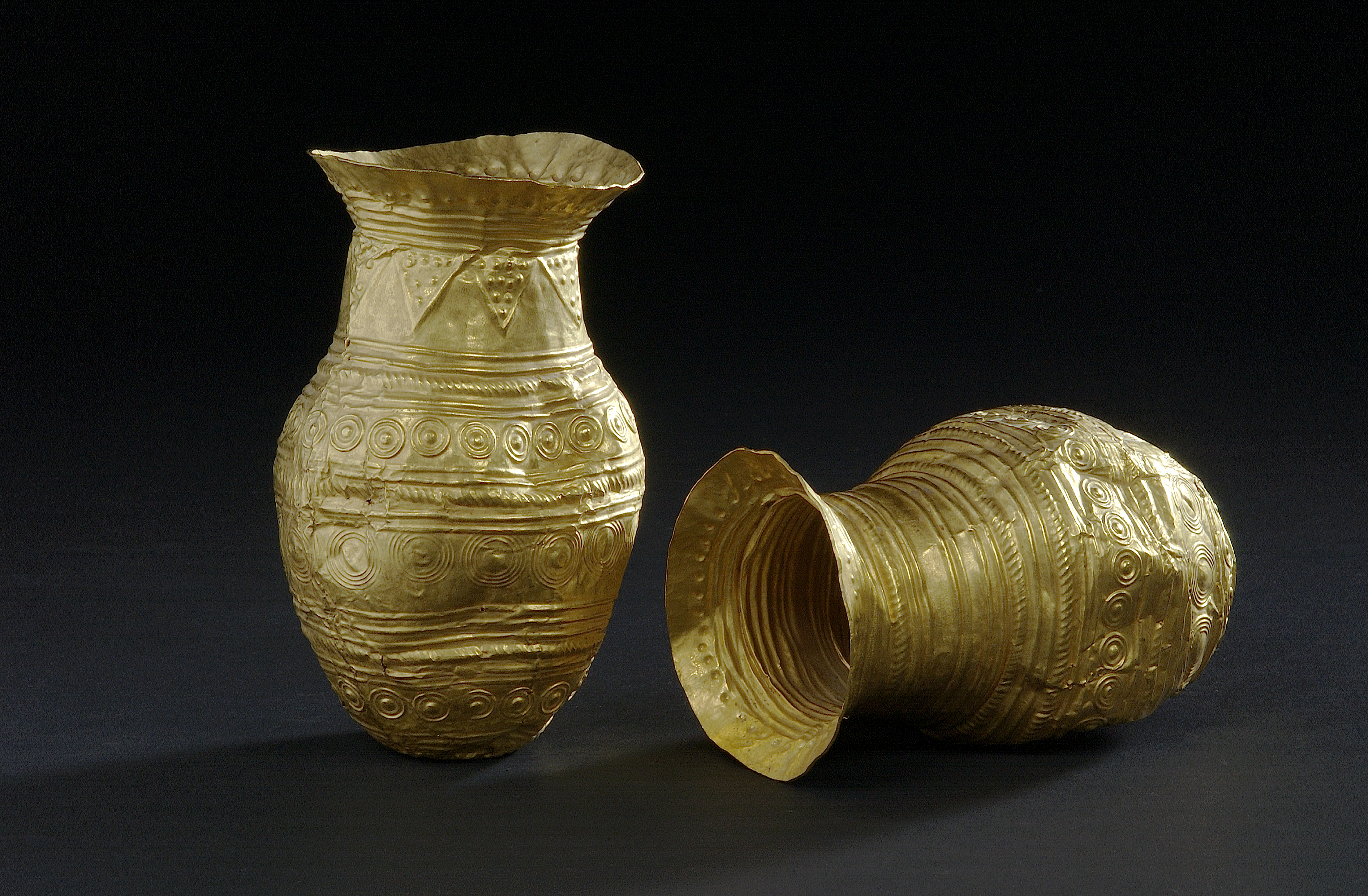 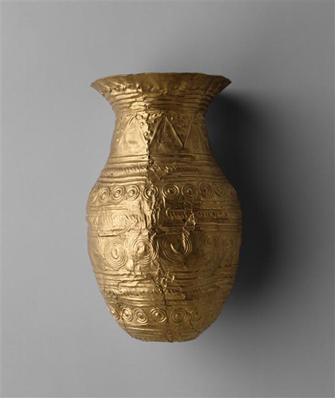 The first gold objects in France, the oldest in the whole of Western Europe, appeared in the South of France at the end of the Neolithic Period.

Since the 3rd millennium, river silt has been panned to find flakes and nuggets of this precious metal. It was in the Bronze Age that gold artefacts became abundant and often impressive. As most of them have been found in hoards, we can conclude that these were votive offerings. This is true of the collection discovered at Villeneuve-Saint-Vistre (Marne) in 1910, at the place known as the “Sandstone Field”.

Beneath an enormous 2 m2 block, the discovery was made of two small gold goblets, two open, ribbon-shaped bracelets, sixteen double gold wires and three rings, one of which has now disappeared. The collection was perhaps placed in a ceramic container, a few shards of which have been found. The association of jewellery and ceremonial vessels in gold is quite rare in France.